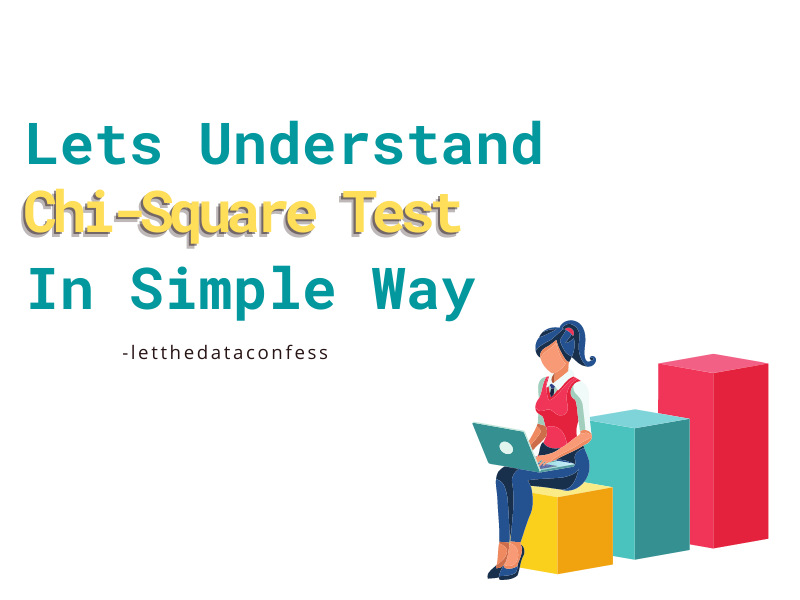 The Chi-Square test provides an important statistical measure for the relationship between categorical variables.

Let’s start with the basic example:

You might be familiar with Kaggle’s competition ”  Titanic: Machine Learning from Disaster ” where we have to predict the survival of a passenger using features like “Sex”, “Age”, “Pclass” etc.

In this tutorial, we will deal with categorical variables only for e.g. ‘Pclass’ and ‘Sex’.

In this case, there is a possibility that the survival of female passengers is more as compared to male passengers. So we need to check the relationship between them. Also, as we can observe through data analysis, three types of passenger classes are present in the dataset. So there are chances that high-class people may have a higher survival rate. So for this, we need to find out the relationship between ‘Pclass’ and ‘Survived’ columns.

Important terms we need to understand for chi square test:

Here for the ‘Sex’ and ‘Survived’ column, the cross-tabulated form will be like this:

Observed Frequency: Actual count of values per category for each group.

The above table is created after data analysis of given data.

Expected Frequency: Expected count of values per category for each group, if the null hypothesis holds true.

To calculate expected frequency for a row i and column j

Here total count of female passengers is 314, total ‘not survived’ people are 549

So the table will be as follows:

Residuals: It shows how much our data deviates from our null hypothesis i.e. difference between observed count and expected count. As residual will increase, the mean value of the chi-square statistic will increase so there will be more chances to reject the null hypothesis.

The residual for each group in each category will be :

Null hypothesis: It’s an assumption that there are no variations among variables. In layman’s terms, we consider whatever is usual, to be true until there is any statistical evidence that rejects it by showing that an alternate hypothesis exists.

The null hypothesis is a general statement that there is nothing significantly different happening.

For the above use case we have considered the null hypothesis as follows:

Null hypothesis(H0): There is no relationship among variables.

Alternative hypothesis(H1): There is some relationship between variables.

Here is the distribution table for the chi-square test:

For the above use case, degree of freedom =1 and significance value = 0.05, we can see from the table, the critical value will be 3.84.

Why do we need chi square test?

How to apply the chi-square test in python

It can be applied using the chi2_contingency function in the stats library.

The result of this function gives four values as follows:

chi2_ppf function is used to find out the critical value.

There is one important limitation of the chi-square test, i.e. at one time we can check the relationship between two variables only. So in case if we have a large dataset, with multiple categorical features(like 10,12..) then it’s not a practical approach to check chi-square statistics. So for that, it’s better to go for feature engineering process first and try to find out the best combination of features with a set of less number of variables.

Here is the link for GitHub where I have explained the relationship between ‘Pclass’ and ‘Survived’ categories as well. https://github.com/letthedataconfess/explanation-of-chi-square-test

Let us know if you have any doubts, would like to discuss more.