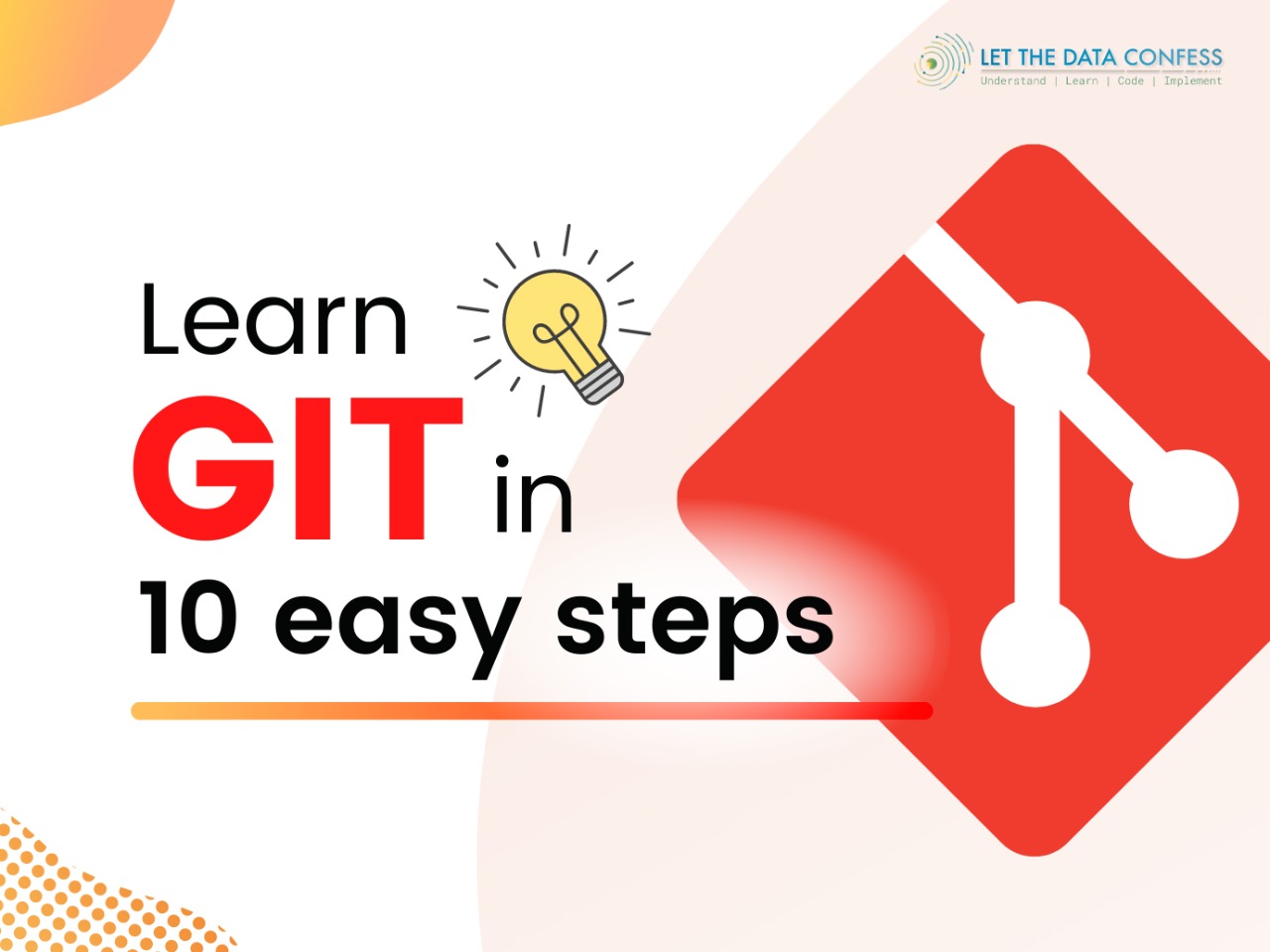 In this tutorial, we are going to discuss what is Git, why do people use it in industry, how to learn git in just 10 easy steps and what is the workflow for Git. Git is the most frequently used open-source tool that every company uses for its software development.

Why do we need Git?

Suppose you have a project but don’t know how to collaborate with others, what will you do?

And if you are changing the code every week, how will you track the changes i.e. how will you do the version control?

Git is the solution for that.

We are going to learn Git in 10 easy steps as follows:

So first, let’s understand what is Git?

Okay! Let me take an example.

Let’s say 10 people are working on the same project. Now, if they want to stay updated with the latest code, one way is to keep exchanging the latest code. But this might be time-consuming.

Another way is to use Git.

It allows multiple developers to access the source code of the project and can modify the code which can also be seen by other developers.

Version Control allows the user to have versions of the project. Git also stores the history of changes that were made at a particular time. You can go back to any version if needed. In this way, even if you make any mistake, you have the flexibility of reverting.

Every code is stored in a repository. You can consider a repository as a folder that stores all the code files.

Oops! Is there any difference between Git and GitHub? I used to consider that both are the same.

Yes! There is a difference between both!

GitHub is a cloud-based hosting service that allows you to manage git repositories.

Congrats, your first repository has been created.

4. How to install Git

Now that we have completed the installation. Let us configure Git to interact with.

5. How to configure Git

Before using Git, you need to initialize it with your GitHub Credentials, i.e User Name, and Email that you used while registering.

6. How to initialize a Git repository

Initializing creates an empty git repository or re-initializes an empty one.

Cloning a repository will download the code to your local system so that you can work locally.

There are 4 fundamental elements in the Git Workflow:

A file in a working directory can be staged, i.e. the changes you have made to the code will be marked to be pushed into the local repository later.

Now you can push the changes to the local repository.

This command pushes the changes to the local repository. -m flag is used to pass a message saying the change you did.

Let’s commit to the changes we did previously.

You can also unstage the files if you realize that you have pushed the wrong changes.

Now that we have the changes pushed to the local repository, finally, it’s time to push the changes to the remote repository also.

The changes are now finally pushed to the remote repository also.

Now, you can see the changes on the repository also.

How to find what is the status of your changes?

Let us suppose you push quite many changes to the remote repository, but now you think that those were not useful and you want to revert to the previous version. How would you do it?

Git Branches are a pointer to a snapshot of your changes. You can have separate branches for different modules of a project. And at last, you can combine these changes and merge them into the main branch.

You can also combine two branches. Suppose you are in the main branch and you want to merge the changes of the dev branch into the main branch. You can do so using

Now, we have added some text in hello.txt, and let us push into the dev branch.

Now, let us merge the dev branch into the main branch

Git is a very important tool used in IT Industry for collaboration between teams. It allows to maintain versions and also distribute the code among each member seamlessly. Knowing Git is a must nowadays. I hope, through this tutorial you will be able to implement Git in your projects.

Let us know your feedback in the comments!!